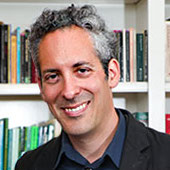 Brandon L. Garrett joined the Duke Law faculty in 2018 as the inaugural L. Neil Williams, Jr. Professor of Law. He was previously the Justice Thurgood Marshall Distinguished Professor of Law and White Burkett Miller Professor of Law and Public Affairs at the University of Virginia School of Law, where taught since 2005. His research and teaching interests include criminal procedure, wrongful convictions, habeas corpus, corporate crime, scientific evidence, civil rights, and constitutional law. Garrett’s work, including several books, such as “End of its Rope,” “Convicting the Innocent,” and “Too Big to Jail,” has been widely cited by courts, including the U.S. Supreme Court, lower federal courts, state supreme courts, and courts in other countries. Garrett also frequently speaks about criminal justice matters before legislative and policymaking bodies, groups of practicing lawyers, law enforcement, and to local, national, and international media. Garrett attended Columbia Law School, where he was an articles editor of the Columbia Law Review and a Kent Scholar. After graduating, he clerked for the Hon. Pierre N. Leval of the U.S. Court of Appeals for the Second Circuit. He then worked as an associate at Neufeld, Scheck & Brustin LLP in New York City.